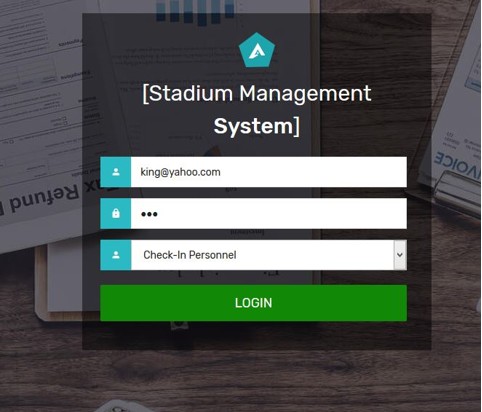 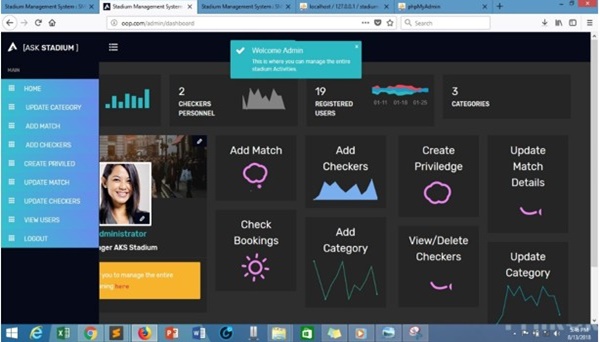 Overview of the Software

An online stadium management information system for the Godswill Akpabio International stadium Uyo, was be developed in this project. The current process of management at the Godswill Akpabio International Stadium is being operated manually and due to this procedure numerous problems are being encountered. The system is developed in order to tackle these problems encountered by the use of the conventional manual registration and ticket procurement.

The system iterated between development and testing stages until the set objectives were met. The application was developed using XHTML (Extended Hypertext Markup Language) for the interface, MySQL (Structured Query Language) for the database, PHP (Hypertext Preprocessor) for connecting between the database and GUI, and Apache (Webserver).

The result of the developed system are positive, as the system could be used to create a database of customers in the stadium, better the administrative process of the stadium management, therefore making the general running of the stadium easier and efficient.

Programming Language: PHP 5.4 and Above

Operating System: Windows 7 and Above